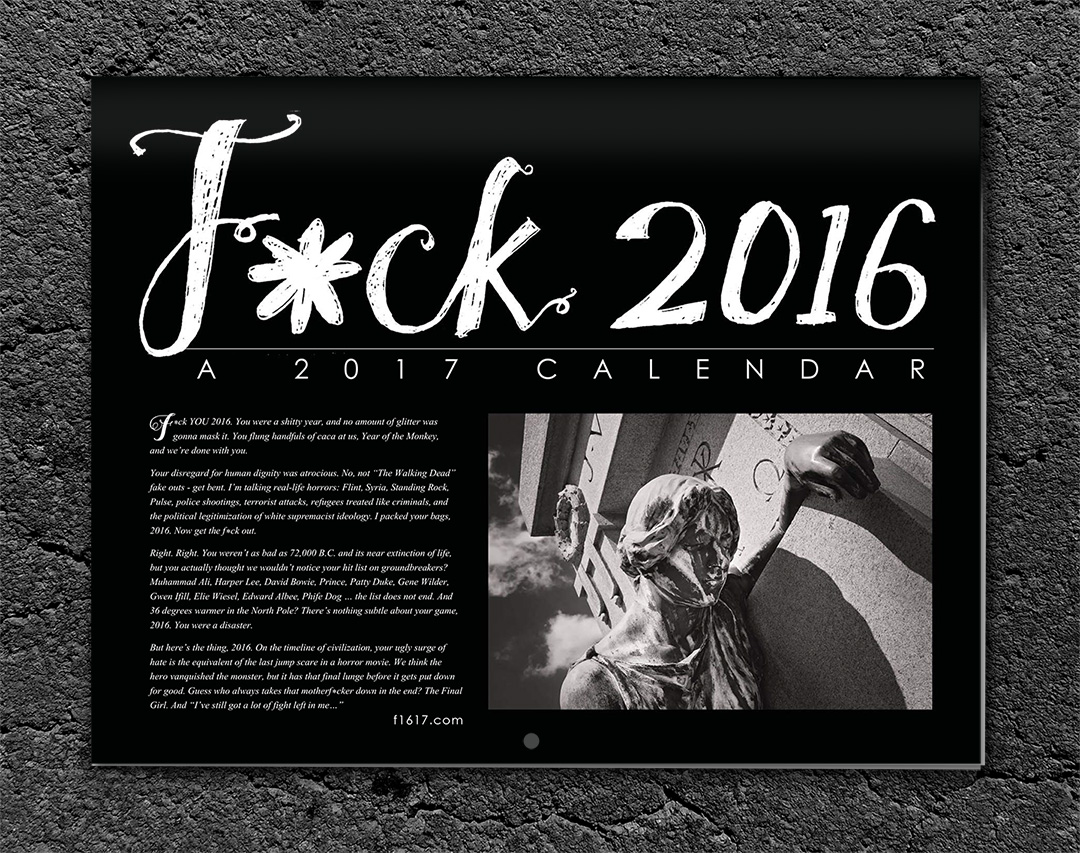 F*ck YOU 2016. You were a shitty year, and no amount of glitter was gonna mask it. You flung handfuls of caca at us, Year of the Monkey, and we’re done with you.

Your disregard for human dignity was atrocious. No, not “The Walking Dead” fake outs - get bent. I’m talking real-life horrors: Flint, Syria, Standing Rock, Pulse, police shootings, terrorist attacks, refugees treated like criminals, and the political legitimization of white supremacist ideology. I packed your bags, 2016. Now get the f*ck out.

Right. Right. You weren’t as bad as 72,000 B.C. and its near extinction of life, but you actually thought we wouldn’t notice your hit list on groundbreakers? Muhammad Ali, Harper Lee, David Bowie, Prince, Patty Duke, Gene Wilder, Gwen Ifill, Elie Wiesel, Edward Albee, Phife Dog … the list does not end. And 36 degrees warmer in the North Pole? There’s nothing subtle about your game, 2016. You were a disaster.

But here’s the thing, 2016. On the timeline of civilization, your ugly surge of hate is the equivalent of the last jump scare in a horror movie. We think the hero vanquished the monster, but it has that final lunge before it gets put down for good. Guess who always takes that motherf*cker down in the end? The Final Girl. "And I've still got a lot of fight left in me…”

“You never really understand a person until you consider things from his point of view.”
-Harper Lee (1926-2016)

2016, you were a challenging year, and one thing we can all agree on is that we’re ready to see you in our rearview mirror. After experiencing so much conflict and loss, we hear the call to reconnect and rebuild. We’re ready to learn from each other and live with each other in a way that amplifies dignity and kindness. We recognize that our world needs us now more than ever, and we will answer the call to help our brothers & sisters because we believe that everyone deserves to feel safe in the world. We’re moving on, 2016 … and we’re bringing everyone with us.
©2016 Andrea Engstrom for Media Monarkey